My latest food adventure is preparing a dried sea cucumber I bought in a Chinese Herb shop. Sea Cucumbers are very expensive, slightly disgusting looking, very tasty and sought after for their reputed tonic effects. They are often eaten at Chinese weddings and other special occasions in the East as a delicacy.
Sea Cucumbers can be bought already cleaned and soaked but the most common way to find them is dried. They resemble rocks or what you would imagine a petrified cucumber to look like. This picture is a dried one next to one that has soaked for one day: 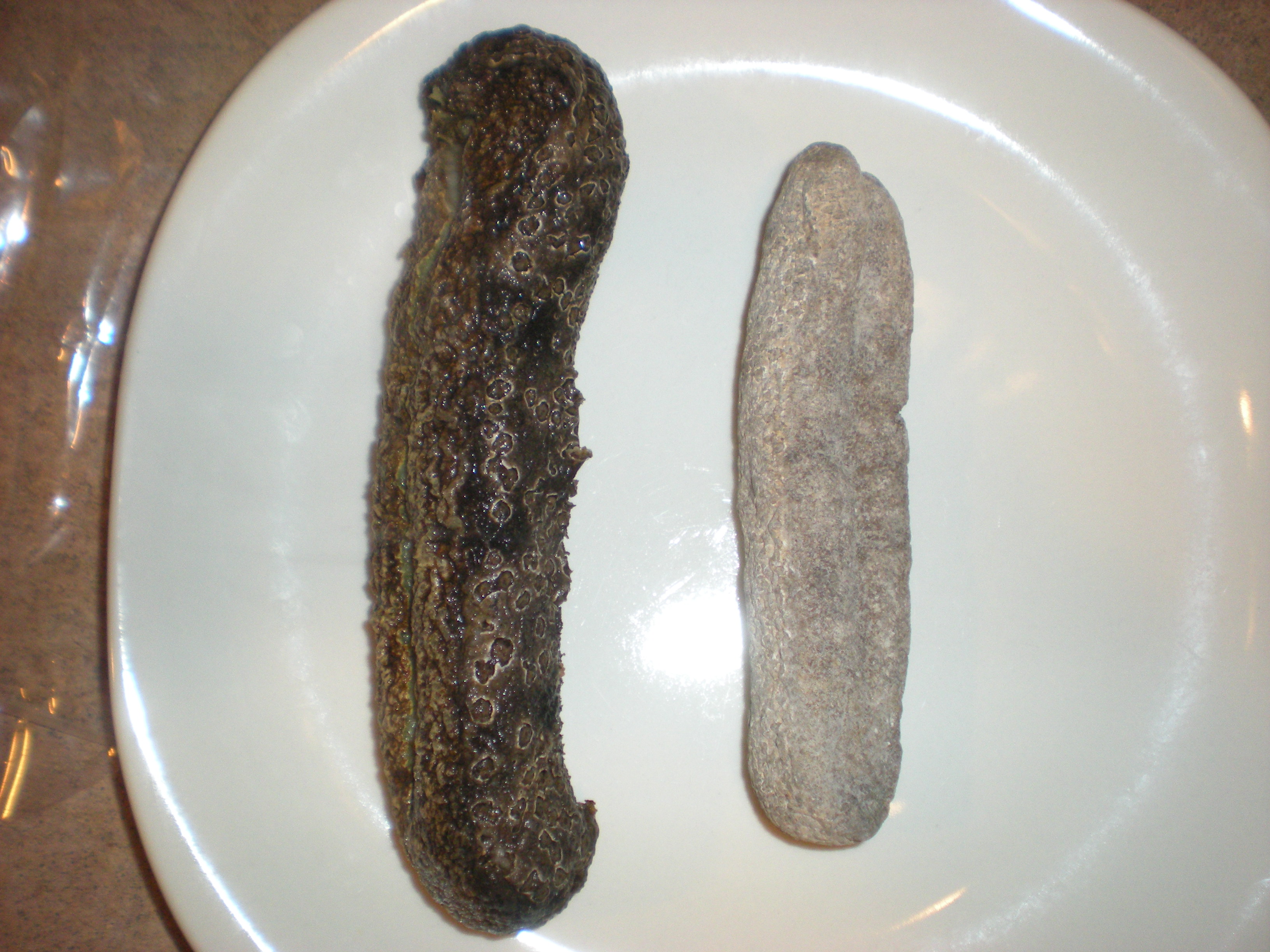 Preparing them is a time consuming process. I haven’t been able to google a good procedure for preparing them. I’ve been told to boil them with ginger daily and let them soak all day, changing the water once or twice daily. After it softens a bit, slice them open to remove the innards. The sea cucumber must be scrubbed and rinsed daily.
This is another shot of the sea cucumber getting ready to be boiled with slices of ginger: 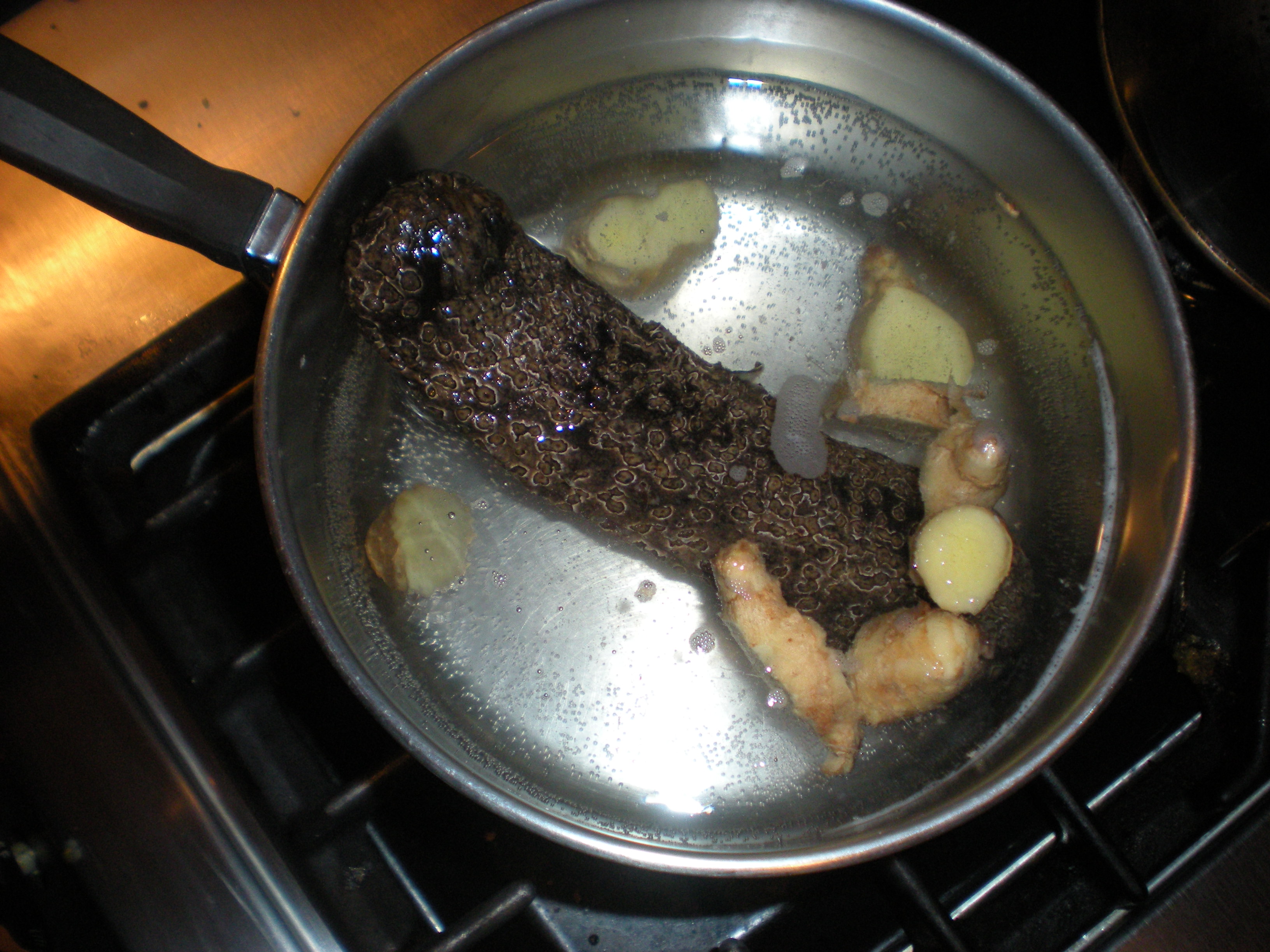 I know it looks disgusting, but after several days of soaking, boiling, and cleaning, this gelatinous and phallic culinary item will taste delicious.
I plan to saute it with some mushrooms and oyster sauce!