Many people are applying Rogaine (Minoxidil) in various strengths to their scalps and eyebrows to increase hair growth. Minoxidil has been talked about since at least the early 80s when tests on monkeys showed it could grow hair. No one really understood why it worked. There are many theories ranging from increased blood flow to some “unknown” growth factor. Recently, studies are focusing in on prostaglandins, specfically PGD2 and PGE2. It seems that balding scalps have very high levels of PGD2 and when scientists studied this, they learned that PGD2 causes hair to go into resting stage and PGE2 signals hair to grow. They have been able to confirm that people who aren’t afflicted with baldness have higher concentrations of PGE2 in their scalps.
To cut to the chase, it appears that one of the mechanisms for Rogaine’s effectiveness is that it can increase PGE2 levels in the scalp! So this could be one of the main reasons why it works.
Unfortunately, many people apply rogaine before sleeping and it can get on pillows and bed sheets. This means it’s getting inadvertently rubbed in around the eyes.
What happens when PGE2 levels increase around the eyes? This: 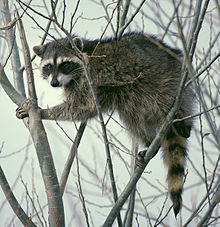 If you read this article here, it talks about PGE2 contributing significantly to aging of the skin around the eyes and dark circles.
Dark circles, bags and loss of fat tissue are well known side effects of glaucoma medications that mimic prostaglandins used on the eye. One such medicine became a hair growth medication, Latisse.
So if you are not looking as fresh as you once did and you’re a Rogaine user, check out your eyes. Are they baggy with very dark circles? Have they sunk in? It’s not your imagination! Google “rogaine dark circles under eyes” and you’ll see many people suffer from this. Most of the time the sunken dark eyes reverse back to normal after stopping rogaine, but sometimes (after prolonged use) they won’t bounce back and you may have to think about surgery or other corrective measures.

157 Replies to “Is Rogaine Aging Your Face?”